It’s been forever since I last updated my blog. In this post, I reflect on my experiences during my sophomore year, and set personal goals for 2017. 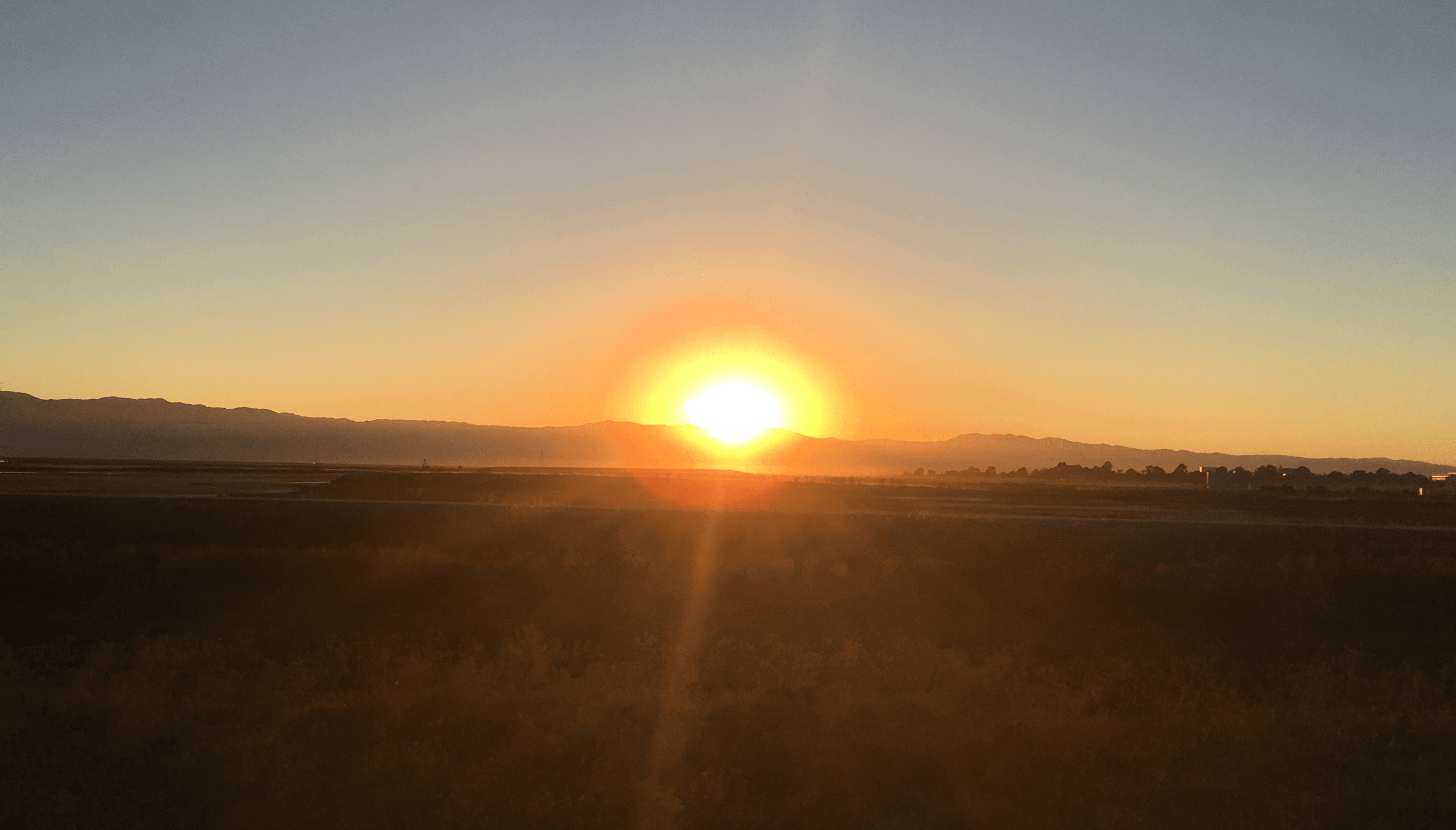 During 2A, I lived in the Velocity residence, which markets itself as an opportunity for students to live in an innovative and entrepreneurial environment. Though I didn’t work on any entrepreneurial ventures, I had a blast living there, primarily because of the other Velocity residents. They were all super driven people and they had interests and passions in various fields. I was motivated by them to work harder and succeed.

I spent the entirety of August 2015 preparing and optimizing for my upcoming internship application process. I really wanted to work in Mountain View, but for the wrong reasons, which I won’t mention here. To keep myself accountable, I decided to do a risky move and blogged daily about my 2A Jobmine experience. Looking back, it probably wasn’t the smartest idea, but it sure did push me. A month later, I ended up accepting my offer to Addepar in Mountain View, California. I was beyond happy that I was able to set a goal, work my butt off, and get rewarded. 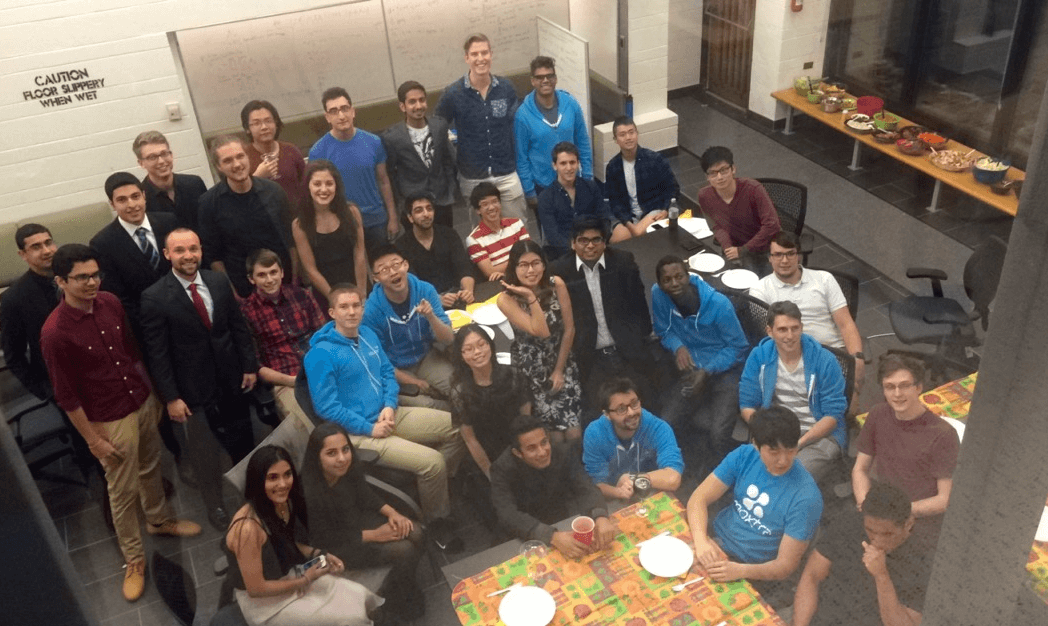 I took 6 courses in 2A: CHE102, CS241, ECE222, SE212, STAT206, and SPCOM223. I maintained my terrible habit of attending very few classes and procrastinating a lot. I often questioned why a SE student has to take chemistry. Though SE212 and CS241 were interesting courses, I still wasn’t particularly excited about the term. The highlight of the term was definitely the public speaking course I chose as my elective. I contemplated switching to CS many times, so that I could have more flexibility with electives, and not take some of the required SE courses. At the end of the term, I decided to stick with SE to the end.

An event I organized for all SE students on campus, huge turnout!

In my first flight of 2016, I almost missed my transfer from LA to SF. Being the young, foolish traveller, I didn’t know that I had to switch terminals in LAX, until 20 minutes before my flight. Anyways, I eventually arrived at the Addepalace (Addepar’s corporate apartment).

Silicon Valley companies tend to treat employees extremely well with respect to compensation and perks. This is something that I feel is lacking comparatively in many Canadian companies; however, I won’t discuss this heated topic today. At Addepar, the Operations team absolutely nailed down the perks part. They provided me with an awesome corporate apartment, which was only a 3 minute walk from the office. Addepar provided daily catered breakfast, lunch, and dinner. Other perks included a fitness stipend, free laundry, weekly house cleaning, and etc. Furthermore, the Ops team were all amazing people and would gladly help out with anything!

From day one, it was clear that this internship wouldn’t be a traditional internship. In my first two weeks, I think I had over 20 one on one’s, including one with the CEO. The Product team gave me a list of 8 possible projects that I could work on. Looking back, I worked on 0 out of the 8 items on that list. This wasn’t necessarily a bad thing because I’ve learned that, sometimes, the best thing is to not work on something, rather than working on the wrong thing. I determined the 8 projects were not a good fit for me, at the time, because of business priorities, value provided, self interest, and a few other criteria.

After on-boarding, I eventually figured out what I’d work on for the next few months. While I won’t discuss the specific details of the projects, I can definitely say they weren’t “intern projects”. One of the major projects I worked on, RepGen2, was shipped, providing huge value to our clients’ reporting workflows.

The culture at Addepar was the #1 highlight of my internship. Addeparvians are some of the most intelligent, hard-working, and chill people I’ve met in my life. Though every company will have flaws, including Addepar, I was quite pleased with my internship experience. It was an easy decision to return to Addepar for another internship, or what some people coined “re-ternship”. I wanted to return for two reasons: the amazing culture and a role with expanded responsibilities and learning opportunities. 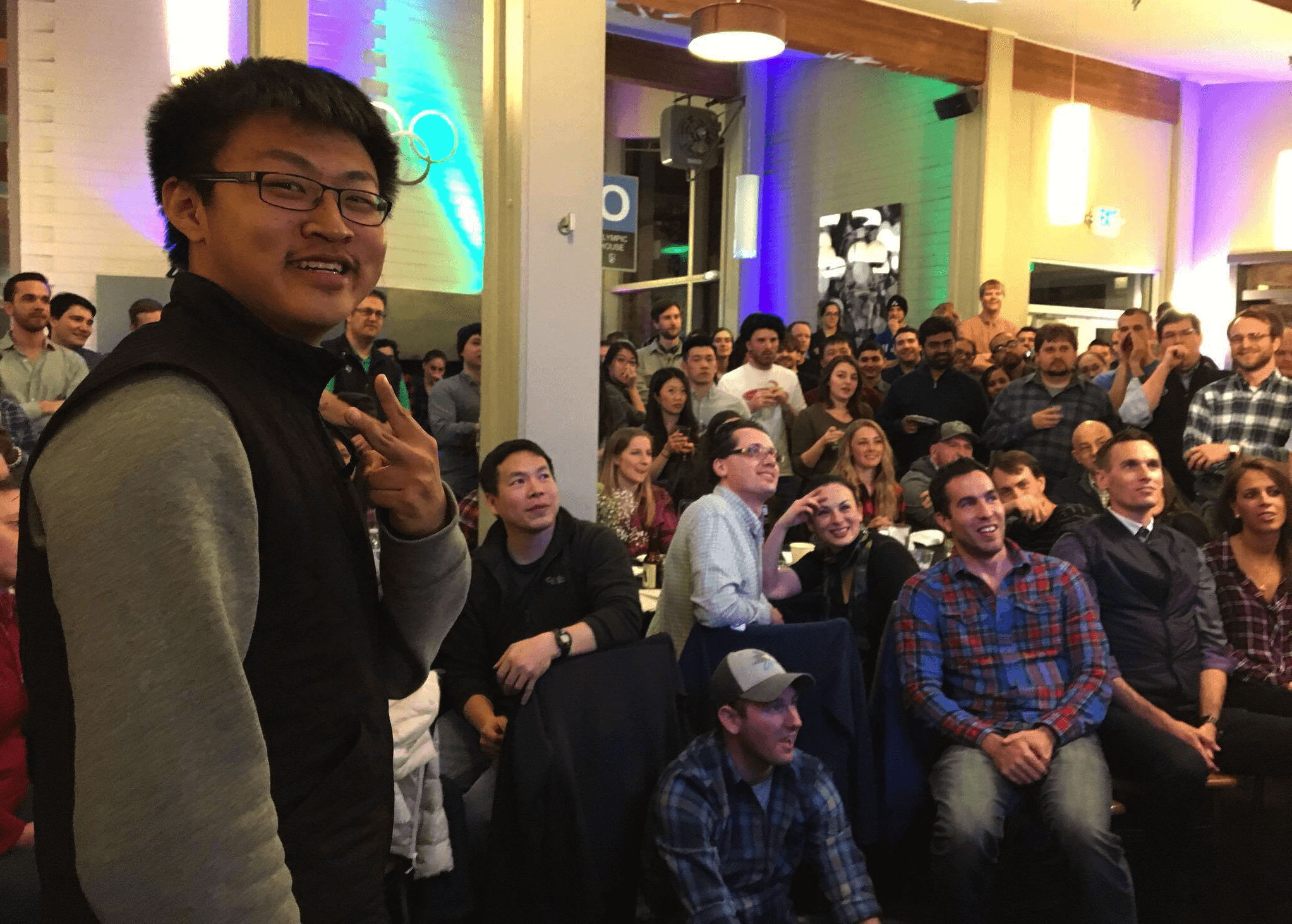 Every university student has that period in their life where they’re overly sad about something that’s not really a big deal. At the beginning of 2016, that kid was me. Thankfully, Mountain View was the perfect, peaceful and quiet environment I needed in my life. People say that there’s not much to do in Mountain View. Sadly, I agree with them; however, I still had a great time. I had a bike that I took everywhere, from Steven Creeks trail to even biking all the way to San Francisco. I enjoyed all the little things the “city” had to offer: delicious meals at Zareen’s, chilling out at Red Rock, long walks to Walmart, strolling through the RV encampment near Rengstorff Park, In-N-Out Burger, and etc. Most importantly, it was the people I met that made my experience so memorable. By the end of my time in Mountain View, I had peace of mind.

I normally try to avoid shoutouts on my blog, but I have to make an exception for Rosanne, who was like a big sister to me. Thank you so much for your presence and advice throughout the months. 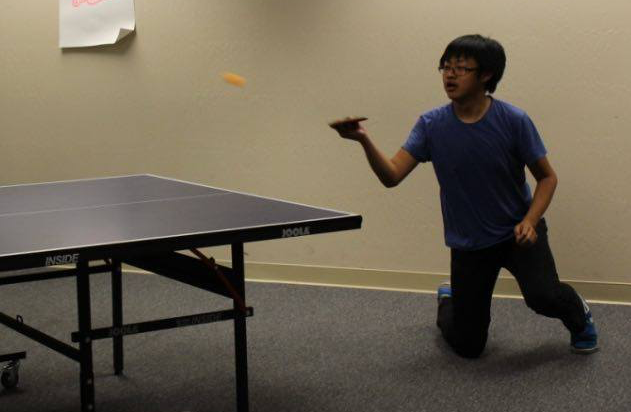 New term, same old habits. The usual skipping classes, procrastinating on assignments and cramming for tests. It feels like I’ve told my friends the same thing every single term, “this is the term where I develop good study habits and attend all classes”, but frankly things haven’t changed. I had 6 courses in 2B: CS240, CS247, MSCI261, MATH213, MATH239, and SCI238. For the first time in university, I enjoyed most of the courses this term. I think I’ve slowly developed a genuine interest in learning and academics. The course content has become more interesting to me, especially CS240. Overall, it was a tough term, but felt like the usual term to me. Some of my friends didn’t enjoy 2B, so a signifcant number of them have transferred to CS for more course flexibility. This has been coined as the “SExit of Summer 16”.

As it was the spring term, the weather was splendid most of the time. In the first week, I hosted a house party, went bar hopping, and attended my first Bomber Wednesday (never waiting 2 hrs again). The amazing weather was the perfect excuse to just go outdoors, walk in the park, and explore places in Waterloo. I joined two intramural teams: ultimate frisbee and basketball. I also borrowed my friend’s Fitbit, gained a new interest in long walks, and was able to lose much of the weight I had gained at Addepar. Overall, social life was great this term. Spring terms are the best! 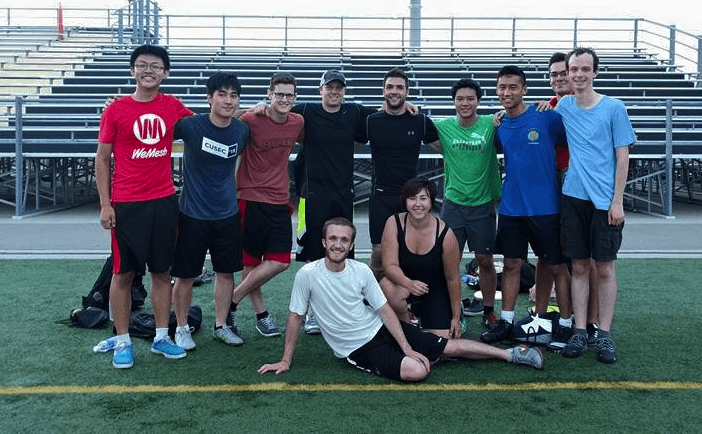 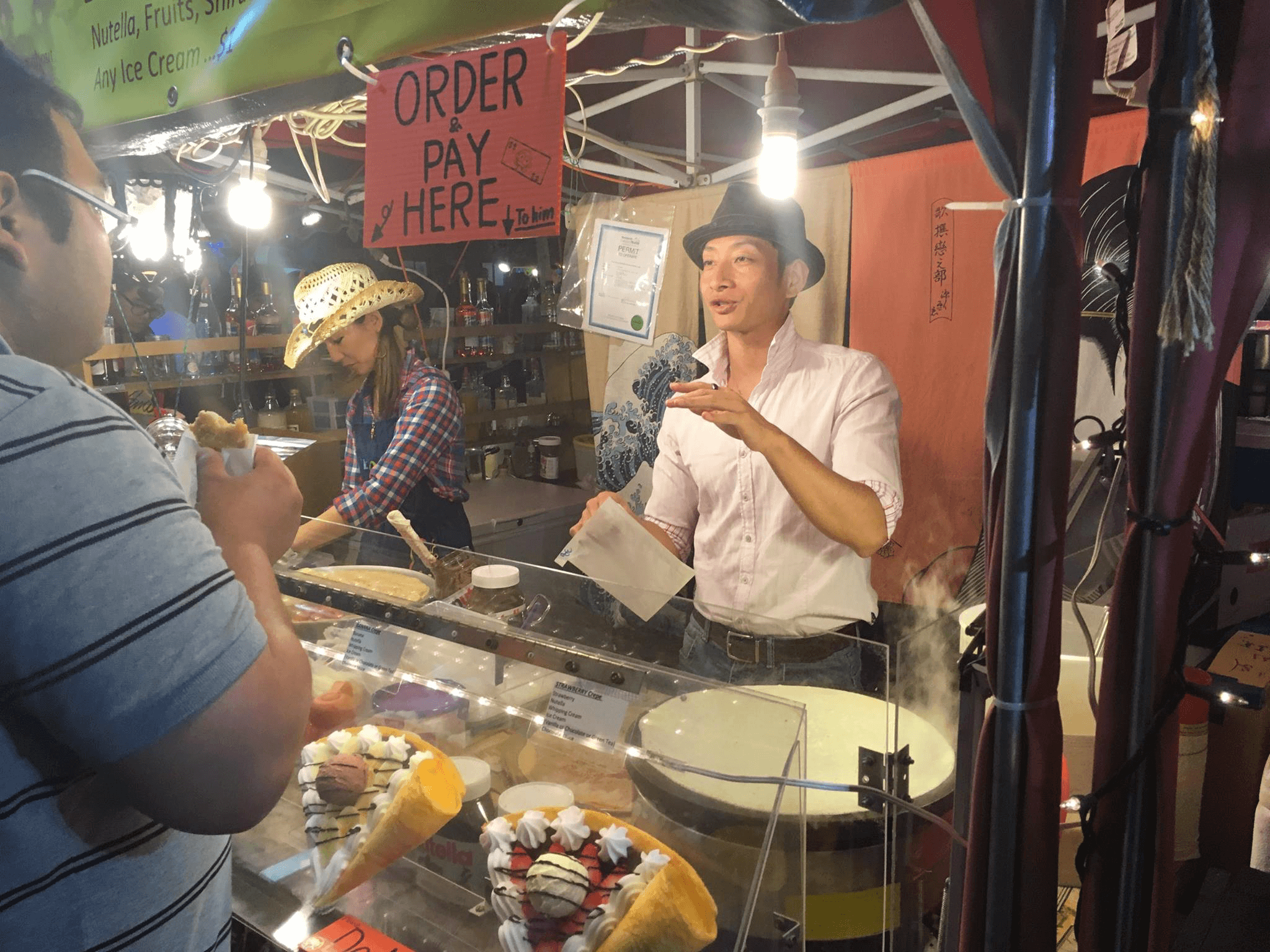 Hands down, my second internship at Addepar in NYC was the best co-op term I’ve had. The beginning of the internship was rough, as it was difficult to onboard into the Data Build org. This experience was quite different from my previous internship, where I was working on the more client-facing org. As my manager had put it, “Bo had a difficult technical project with a team that initially had skepticism of his role and value. His work is being implemented and the team he worked with will definitely feel his absence”. Again, without going into details of what I actually worked on, I was able to solve the ambiguous problem I was assigned to. I built great relationships with my fellow co-workers and especially enjoyed being at the office 7AM, and working closely with Data Recon. Finally, the New York City office had an energetic and exciting working environment that I enjoyed. 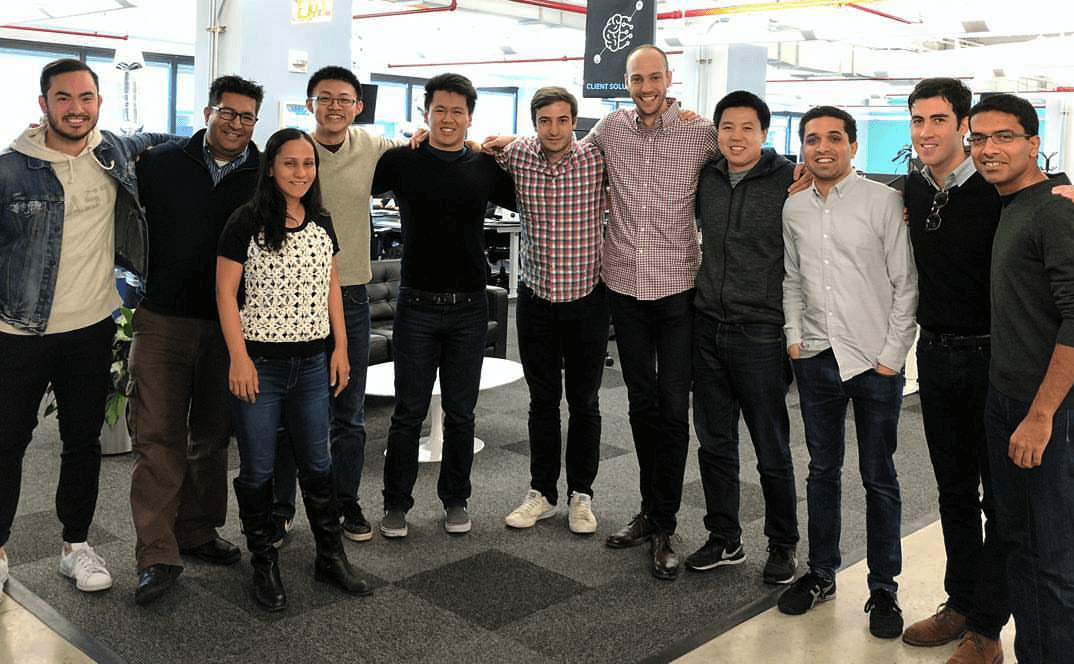 Our amazing team! Picture was taken before the legendary offsite of the year.

Outside of work, there was plenty of things to do in New York City. Fall is also my favorite time of the year, not too cold, and not too hot. Once again, what made this term special was the people.

In my opinion, New York City is the place to be. During this time, I believe I really found myself and gained the utmost confidence. To put it simply, I’ve never been more happy in my life. 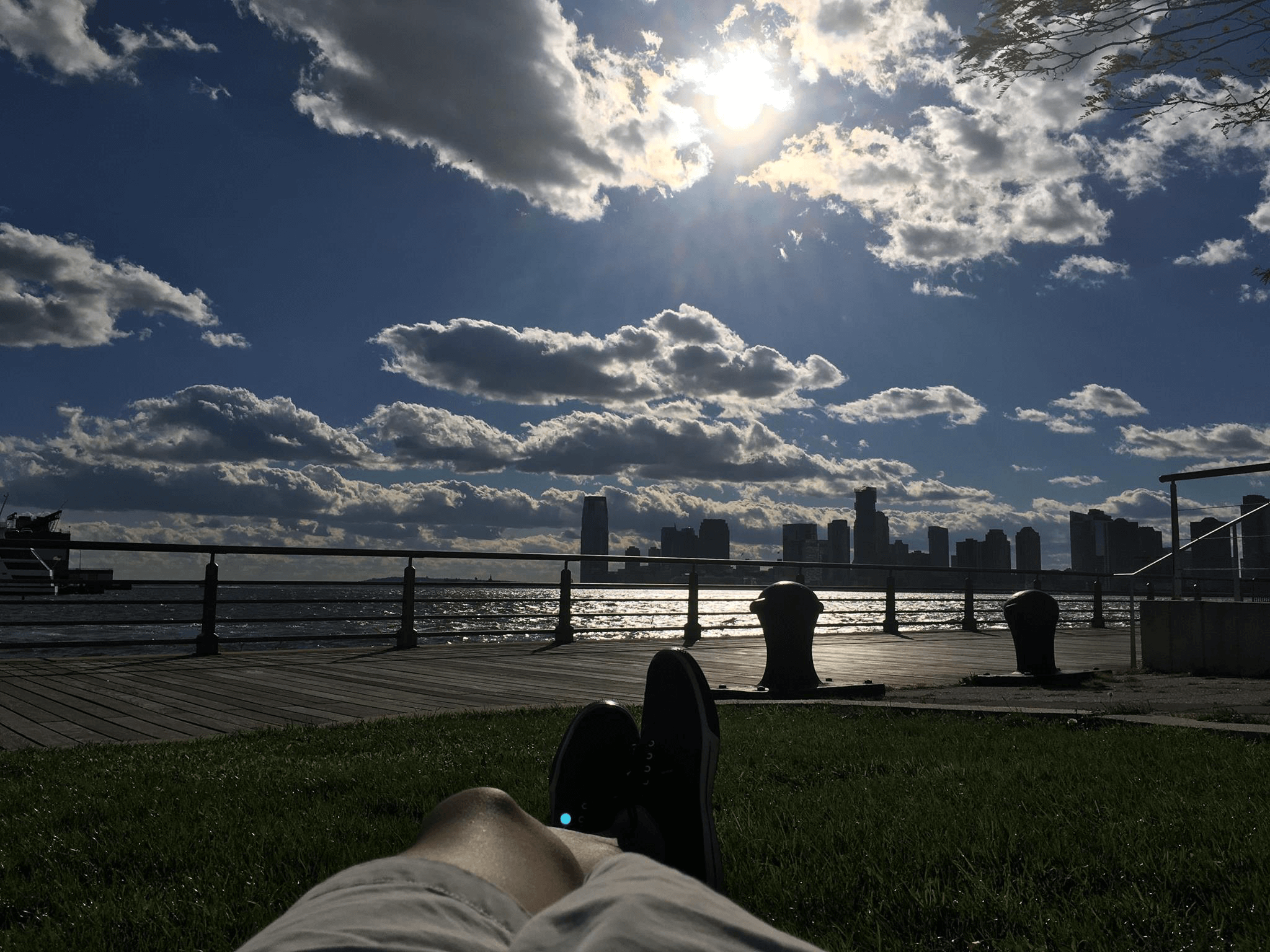 Living the dream near Hudson River

Here are some things I want to achieve for 2017: