After watching my first Broadway show in 2016, it’s become one of my favourite things in the world. In this post, I will share everything I know about Broadway, including tips on how to get cheap tickets. 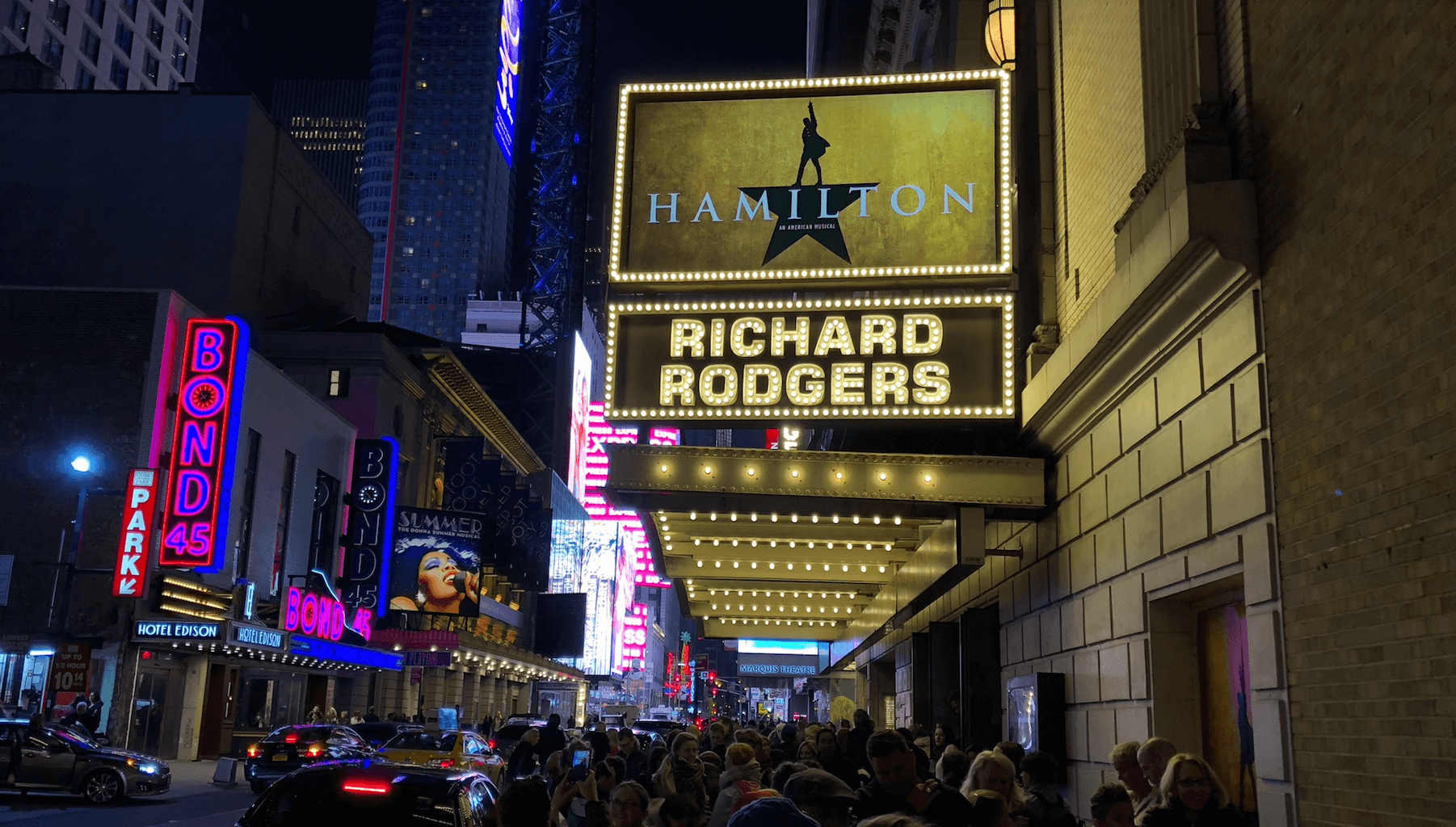 According to Wikipedia, Broadway, refers to the theatrical performances presented in the 41 professional theatres with 500 or more seats along Broadway road. To me, Broadway means 2.5 hours well spent and filled with entertainment.

I was introduced to my first Broadway show, Les Mis, when I visited New York during my 2nd internship. It was such a dynamic, unique experience that made me instantly fall in love with Broadway. Since then, I’ve watched 13 musicals and 1 play.

My top three would be: 1) Hamilton 2) Dear Evan Hansen 3) Phantom of the Opera. 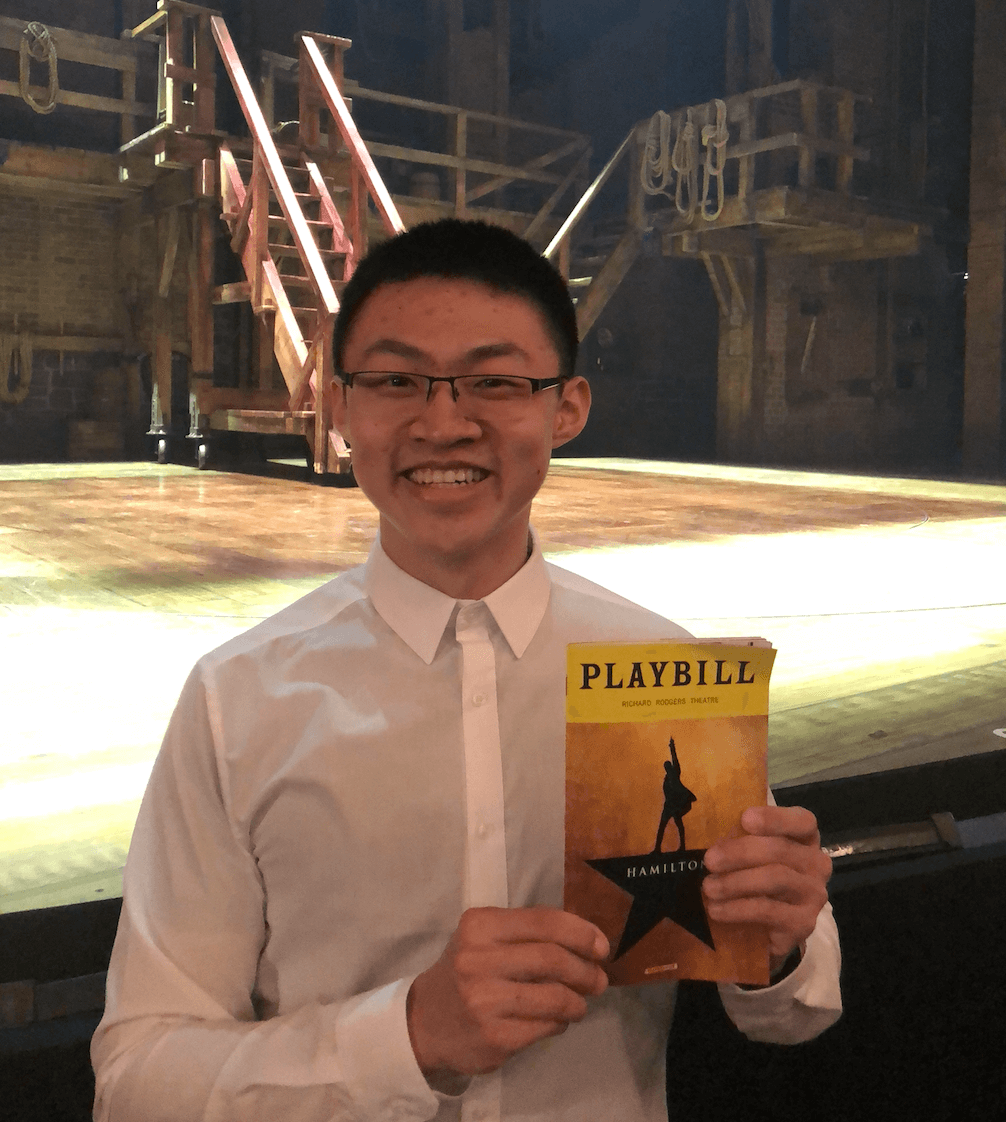 How to get tickets

Being a Broadway fan can become a fairly expensive hobby, as tickets are usually $150-200+. The good news is that there are many ways to get affordably priced tickets. With the exception of Hamilton, I paid between $30 to $42 for my Broadway tickets.

1. Purchase directly from the box office

You can accomplish this by going to the show’s website or visiting the box office in person. As mentioned before, you should expect to pay $150+ per ticket. Popular shows are usually completely sold out, so this method may not always be available.

2. Purchase from a reseller

This includes sites such as Stubhub, Ticketmaster, Craiglist, etc. The tickets are often significantly marked up on the face value, so this can end up becoming the most expensive method. In addition, there is always a risk of fraudulent tickets.

For the most popular shows, you can imagine people arriving several hours before the box office opens to purchase rush tickets. The theaters discourage people camping out, so an in person lottery was introduced. For some shows, 2.5 hours before the start time, you can submit a lottery entry in person. The theatre will announce the results 30 minutes later. These tickets are similarly priced to rush tickets. I would encourage attending at least one in person lottery, as it’s a very fun experience. 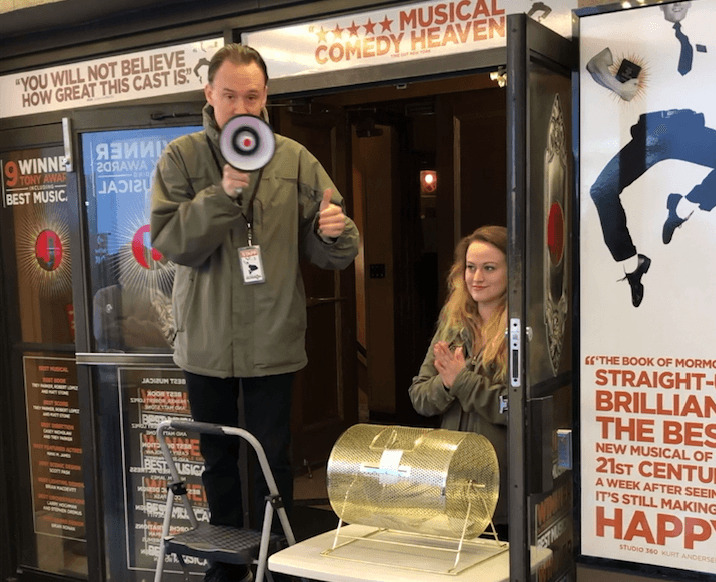 Book of Mormon in person lottery

To save a trip to the in person lottery, daily digital lotteries were introduced, so you can submit an entry online. Your chances of winning the digital lottery are directly proportional to the number of people entering. For a popular show like Hamilton, your odds are not great. Trust me, I’ve entered everyday for 2 years. However, for a show like Spongebob, many of my friends have won the lottery.

Standing-room tickets are the cheapest options. They’re usually only available for sale when all of the seats are occupied. You can purchase them by going to the box office in person when it opens. This is how I got to watch Dear Evan Hansen for only $42. 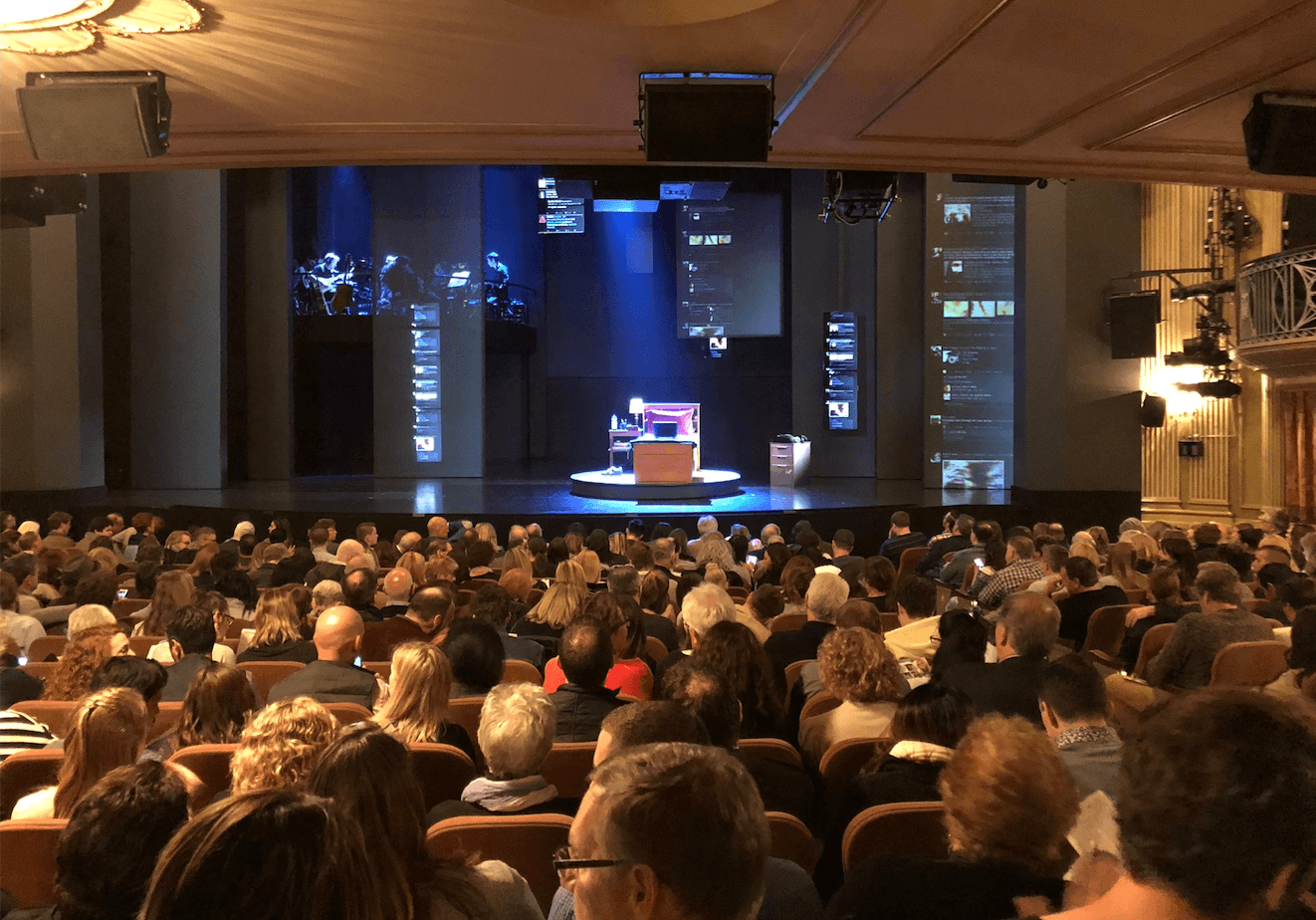 Great views from standing-room only tickets

The Theatre Development Fund operates three TKTS discount booths, where you can purchase same day Broadway tickets at a discount. They won’t be as cheap as rush or lottery tickets, but they are cheaper than the box office. For the most popular shows, the discount booths will not carry those tickets.

This is an online website that sells discounted last-minute tickets. Tickets are more affordable than purchasing directly from the box office.

For any given performance, there are almost always cancellation tickets available at the box office before a performance begins. These tickets are sold at face value, and usually are great seats. I waited in the cancellation line for Hamilton on a Tuesday morning, and managed to grab two tickets for $229 each. It might sound pricey, but it was by far cheaper than the resellers’ price. 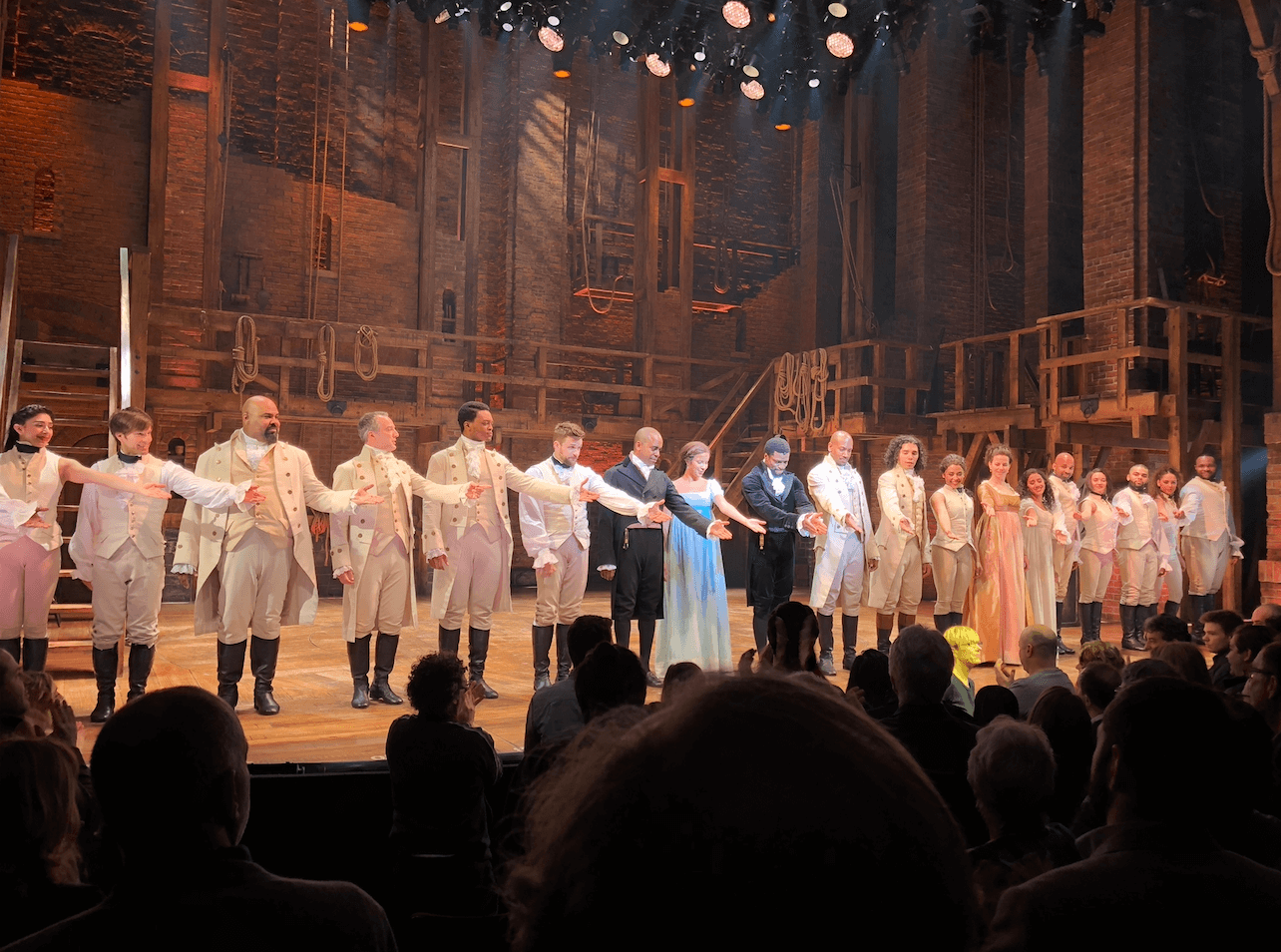 A Broadway theatre is typically arranged into 6 sections.

Rush and lottery tickets are usually the less desirable seats such as partial view, rear mezzanine, or standing-room only. However, it really depends on the theatre, as I’ve gotten rush tickets that were in the side orchestra and had a full view.

For all 14 shows I’ve watched so far, I purchased the tickets at a substantial discount relative to their actual price. Here’s a list of tips I have for you to get cheap tickets: